How Do I Use The QR Code Of My GIFA Wallet Address?

For those of you who are new to the crypto space, this article will give you a brief explanation of the QR Code and its use in facilitating digital payment on the blockchain system. We also want to give you a short description of the GIFA Wallet and how it relates to the QR Codes.

Most users are very familiar with the iconic black and white squares you may also find in GIFA Wallet and almost everywhere be it in the shops, restaurants, ads, etc. The increased penetration of mobile technology and now then blockchain technology led to the massive adoption of QR codes in the mainstream.

For such that it's important for the wallet users to know the purpose of the black and white squares.  QR codes help make the payment process simple and reliable. All you need is a quick scan from the camera of your smartphone to acquire the sending or receiving address and the job is done.

What is a QR code? 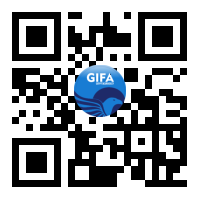 QR is an abbreviation for Quick Response. The QR Code is nothing but a two-dimensional code. It has a pattern of black squares that are arranged on a square grid with a white background. Smartphones with scanning cameras can be used to read the QR Code in your digital wallet.

QR Codes are quite similar to a Bar Code except for the fact that QR codes can store a larger amount of information per unit area. QR Codes were invented in Japan in the 1990s by Denso Wave.

How do I get the QR code of my GIFA wallet address?

QR code played a crucial role in the rapid growth of mobile payment services as it enabled businesses and cryptocurrency exchanges to accept digital payments without investing in any hardware such as the point of sale terminal. Most QR codes today contain information about a website URL (uniform resource locator), URI (uniform resource identifier), address, email, etc. There are four types of standardized encodings used when generating QR codes (alphanumeric, byte or binary, numeric, and kanji).

How does scanning work?

QR codes can be scanned from both paper, material, and screen, the user only needs to open the camera and place it towards the QR code; this will immediately identify it and subsequently open a push notification. When you need to use a QR code? When scanning the recipient’s QR code with a phone camera or the relevant scanner app. The QR Code can be embedded on the website, placed on paper, on-screen, or sent via email. There are also some banking apps that can process QR codes for the purpose of bank transfers and payments. I hope you have seen them in the banks or at the restaurants.

GIFA Wallet address is made up of a series of letters and numbers that can be longer than 34 characters;(0x97d432d1aec56b4f93068b54f193b5b520c381a733d39ae59206461da37eb297). This makes it very inconvenient to memorized or enters manually by hand each time you need to send or request a payment. So your long address can be easily turned into a QR code (image) from there it ready for scan quickly. Let’s have a look at a few of them, below are some of the benefits of using QR Codes:

QR code comes with several benefits that help businesses to reach out to all potential customers. One of the biggest advantages of using QR codes is that it facilitates instant payment. Making payment via QR codes is extremely easy and quick as compared to other modes of payment. What the user has to do is simply open the QR code scanner app or scan with the smartphone and confirm to process the payment. Within a few seconds, the payment is completed!

Making payments via QR codes is very secure from any possible cyber intrusion because the QR code is nothing but just a tool that is used to exchange information. Any data which is transferred via QR codes is highly encrypted thus making the payment foolproof secure.

Setting up QR code payments is extremely easy. You don’t need much of an infrastructure. You only require a smartphone with a camera and a QR code which is either printed or in electronic form. The usage of QR codes for payments also eliminates the requirement of a point of sale machine or any other special equipment used for payments. With GIFX exchange every user's wallet it generates the receiving QR code which is added to the wallet address.

QR code payments are a foolproof payment method as it eliminates the probability of any kind of error. The pattern of black boxes consists of unique data which enhances the reliability of the QR code payments. As long as the image is intact it will stay forever, keeping the data securely.

The Private Key is a random string of numbers that allows the token to be managed by the person in possession of this key. While the Public wallet address is generated using the private key but it's nearly mathematically impossible to reverse the process once it has done. All blockchain cryptocurrency addresses work in the same principle. Usually, the only difference is the address format that creates differences.

Where can I find the public wallet address?

Depending on the type of crypto exchange you are using of which some of these popular trading platforms only selling cryptocurrencies in the form of Bitcoin pawnshops and don't provide digital wallets to the users, the clients may have to buy again a wallet from somewhere else in order to obtain wallet address for storing the digital assets. If you don't yet have a wallet then a good place to start is by getting your first GIFA Wallet at www.gifatoken.com, where they will give you an all-in-one multi-currency digital wallet and it's a free sign up.